Master MLMi aged 8 years was ill for 5 to 6 months when he first visited the clinic on 18th July 2003.
His chief complaints were swelling of left knee and difficulty in knee flexion. He did not have a history of any illnesses.

The initial observation from X-Ray of left knee dated 27.04.2003 was, "A large bony cyst with osteolytic lesion in metaphysis with sclerosis at edges of lower end of left femur." 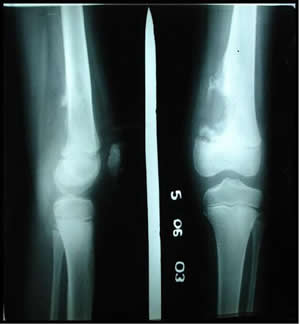 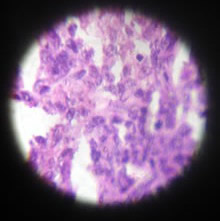 The observation during treatment from the X-Ray of left knee dated 16.12.2003 was " large osteolytic reaction noted in metaphysis of left femur with periosteal reaction." It revealed, "gross healing at osteolytic area." 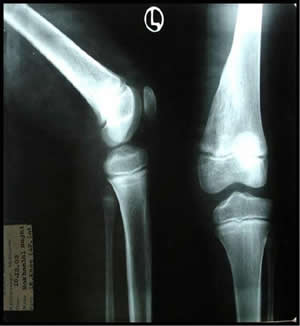 Another X-Ray dated 14.08.2004 says, "Comparative study with that of previous skiagram dated 16.12.2003 reveals remineralisation seen at the lower 3rd of left femur." He had no complications during treatment. 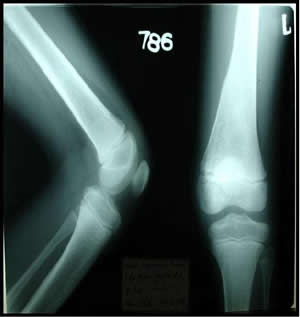 It is concluded that a little boy came to our clinic on 18.07.2003 for the treatment of osteosarcoma at lower end of left femur confirmed by Histopathology Report dated 12.06.2003. The patient is now keeping all right and leading a trouble free life since last 2 years.