She had a past history of Gastrostomy done on 21.08.1995 for feeding and her chief complaints were difficulty in eating and return of food and drink in attempting to swallow.

The initial observations were severe dysphagia. Food pipe fitted gastrostomy was in-situ. Barium Swallow of oesophagus done on 19.08.1995 (patient was too sick to stand and swallow Barium at the time of X–ray) showed "gross filling defect at mid and lower 1/3rd of oesophagus with complete obstruction at lower 1/3rd – Malignant Neoplasm." 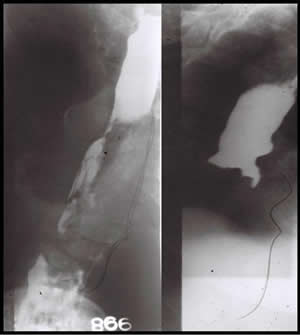 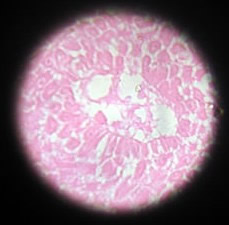 The post treatment observation after repeat Barium Swallow of oesophagus dated 12.10.1995 was "…shows contrast media is passing freely through oesophagus..." Patient is keeping all right and leading normal life. Gastrostomy tube taken out after 12.10.1995. She had no complications during treatment. 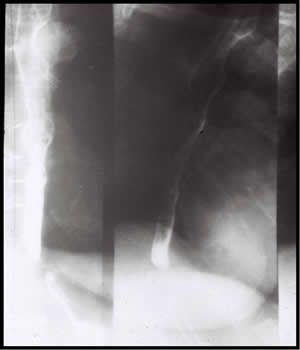 It is concluded that the patient had carcinoma oesophagus, her subsequent plates showed a complete remission of her growth.