Mr. MKS who was 47 years old and had been ill for 3 months first visited us on the 30th of November 1994 complaining of chest pain with cough and loss of weight though he had no history of any past illnesses. 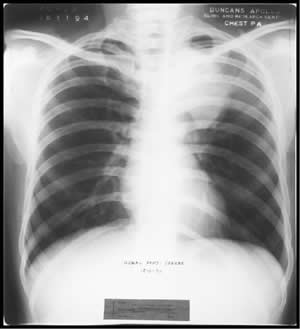 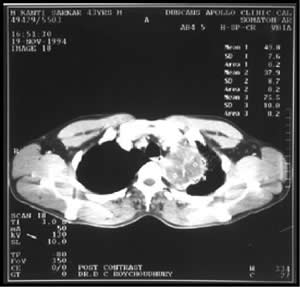 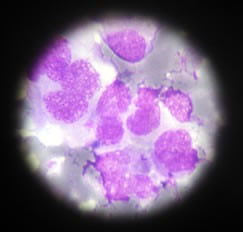 >His post treatment observations were asymptomatic and keeping all right. He had no complications during treatment.

It is being concluded that he had bronchogenic carcinoma. Chest X-ray dated 18.11.1994 showed "…a large mediastinal mass with area of consolidation in left upper lobe." 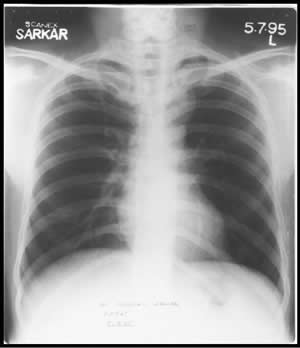 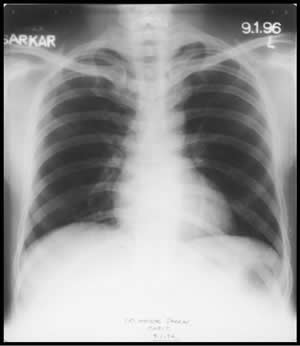 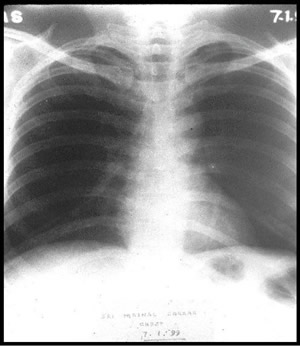 During the course of his treatment Chest X-ray’s were done on several occasions, last on 07.01.1999, which showed "…complete regression of mediastinal mass".
Now he is keeping well and leading a normal life.